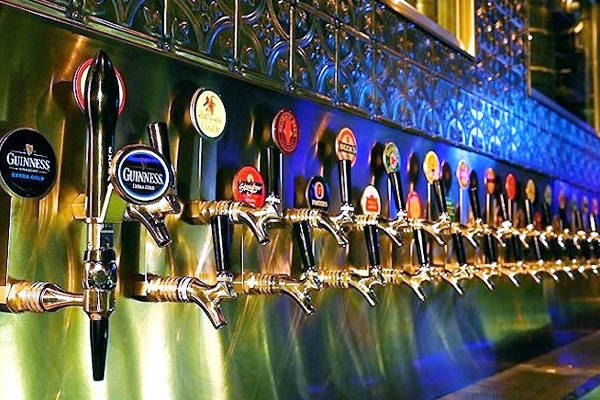 No, this isn’t an April Fool’s Joke. New Beer’s Eve is an actual holiday celebrated in the US every April 7th. Also called National Beer Day, it relives the pandemonium that broke out when Hoover lifted the ban on beer in 1933. People lined the streets waiting for their favorite pubs to run their taps for the first time in thirteen years. It became the custom to go out every April 7th and drink until the bars closed…you know, to make up for all that lost time. Not the worst holiday around, right? 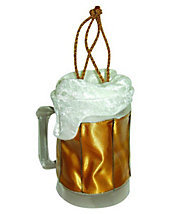 You don’t want to break tradition. Find your favorite dive, open up a tab, and settle in for a long night! You’ll need to be dressed for the occasion in Beer Costumes and accessories. Start off slow with subtle accessories like this beer purse:

Any big fan of brewskies will want to go a little harder than that, though. Up the ante when you strut your stuff in a Colt 45 or Beer Can costume. What better way to break the ice than by asking the girls at the bar if they want to take a drink? 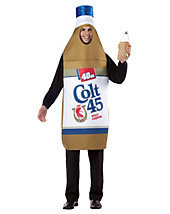 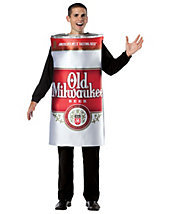 I’m kidding, of course…but that would give both of you a great drunk story to tell later on. If you really want to reel in the lads and ladies, burst in wearing a Duffman costume. I don’t know anyone who wasn’t a little in love with his rippling pectorals and can-do attitude. 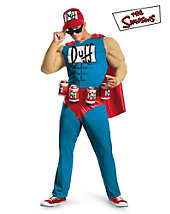 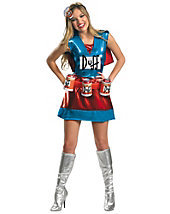 You don’t have to be a Simpson’s fan or goofy guy to get noticed, of course. Brodettes can have a little fun too. Imagine the bartender’s look when you walk in wearing a beer girl costume! …Actually, let’s admit it. He’s a bartender. He’s probably seen worse than that on Karaoke night. Still, it’s nice to get a chance to show off every now and again. 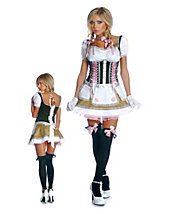 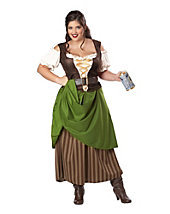 Even with all these options, it feels like there’s something missing. You’ve got the beer, you’ve got the cups, you definitely have the drunks…oh yeah! You can’t have a party if you don’t have some beer pong. Well, we’ve got you covered there too: 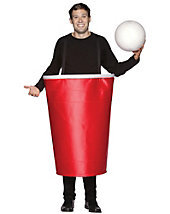 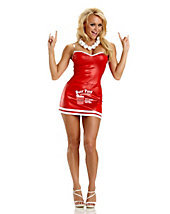 No matter how you decide to celebrate New Beer’s Eve, just make sure you do it right: get your DDs, stock up on water, fill up on munchies, and have your outfit all picked out. Which one is your favorite?

What to Wear to Spring Break

Springtime Costumes that Celebrate the Season

Fun Things To Celebrate in October

The Origin of Presidents’ Day

The Origin of Presidents’ Day